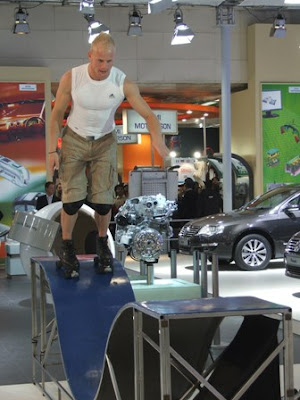 I am writing this fresh from my trip to the Auto Expo 2007 in New Delhi, and what a trip it turned out to be! New Delhi in all its winter glory, the excitement in the air made it easy to ignore the traffic nightmare and the smog.
The parties, the awards, the models and the car models all made for a very heady trip.

Tempted as I am to offer my opinion about the Nano, all I can proffer is that while it might be great PR for a prototype to get such turgid hype, I'd much rather reserve my comment when hype translates into sales as and when the rubber hits the road, one lakh or not.
What I am not going to do is plug for the automobile manufacturers and their new models as that has been done to death but instead talk about the hype surrounding the automobile industry and the mechanics of its construct.
The key 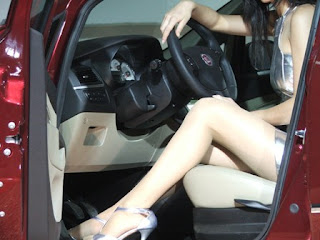 orchestrators of this construct are the usual suspects, yes, the marketing types who practice every well honed trick in the book for eyeballs with their bevy of deep pockets that fund the PR Firms, Advertising Agencies, Event Managers and Celebrities, Models and what have you. They all play their roles in producing the apparition that makes people buy things they don't really need.
The role of PR Firms in influencing the emotional decision that is the trigger for writing that fat cheque by a consumer seems a bit suspect to me, yes even now!
The PR firm toolkit has remained stuck in time with the usual boring repository of junkets, sordid and dry press releases, press conferences where the sole purpose of the PR Firm is to corrall the hapless media. Where they don't get to sit in is at the board table where such nuanced finery as positioning and strategy gets perfected and agreed to. 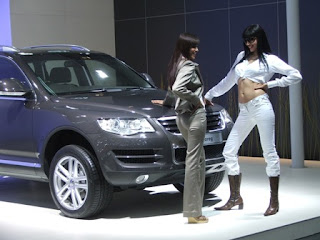 This also then directly affects the apportioning of the windfall of budgets that the Automobile marketing is suddenly turning into a gravy train making several vendors really rich. The lions share has gone to advertising and event management agencies, round one to advertising, will PR ever get there? To be fair the show saw some pretty global standards in production values, professionalism and exhibition design. The show gets bigger every year and the participant list includes most global Automobile manufacturers which till recently ignored the Delhi Auto Show.
The Auto journalist who was up until now a largely ignored breed of animal suddenly finds a rush of demand for their tribe with the ferocious proliferation of automobile programming and content in print, online as well as television. This in turn has raised egos, not to mention salaries and designations all around. After being on the pasture so long, who can grudge them their riches? Their open contempt for all people in PR firms sometimes mimics that of page 3 and celebrity hacks but the mutual greed facilitates an uneasy truce given to sporadic bouts of grief and blind rage on both sides. Marriages made in hell but marriages all right. 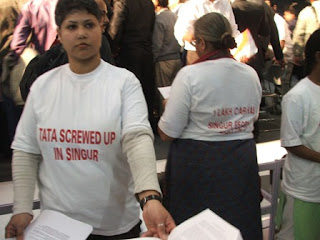 Having said that, the Automobile media have played to the gallery too, and one rarely sees an inconvenient story. This crony game is bad for the consumer at the end of the day as it allows for the machinations of the marketeer to succeed regardless of the quality of their product and the veracity of their claims. There are no rules for accepting largesse or junkets and the results are all around us to see in print, TV and online.
From a time when the Autocarindia magazine constituted automobile journalism and a couple of other old fogey aristocratic pretenders, the names of whom I dare not take, today's Automobile journalism space somewhat resembles the Telecom spectrum rush! 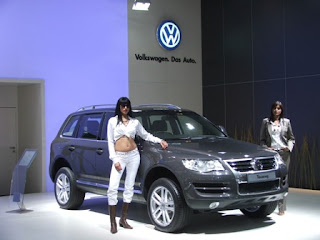 There is a rush of magazines some with foreign labels, from a couple of television shows the canvas has exploded with every channel now offering mandatory Auto programming. This has gone one step further with the hype of live Auto Industry Awards: CNBC AutoCar, NDTV Car& Bike, Overdive, Business Standard Motoring, everyone and their mum now has an award. While the awards have been there for sometime but their use to buttress claims in full page advertisements are something new to this game. The dawn of the age of automobile consumerism has finally hit India. 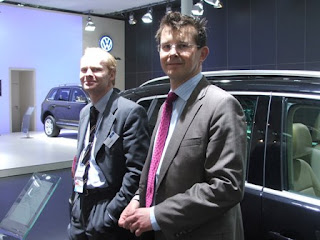 So back to my point on what PR Firms are not doing to get their place on the gravy train. Garbage in; garbage out is a favourite saying and someone, somewhere needs to make an effort to learn more about the Automobile domain, schlep with the domain experts and make that investment of time, money and effort so that they can make sense of what is going on around them. Taking the time to research a brief is what the advertising boys have done right and now they are tasting that sweet billing. If you do your math right, a quick comparison between a full page advertisement or a 30 second commercial on prime time TV to what a PR Firm will average as a retainer billing for a month, the writing is on the wall. Right now domain expertise in PR Firms is confined to reeling off relationships with key Automobile media!
at January 17, 2008