Salaam Baalak Trust is delighted to be hosting a Special Screening of Mira Nair's latest film "Queen of Katwe"; produced by Disney Pictures.

A Biographical Sports Drama Film, "Queen of Katwe" is the True Story of the life journey of a little girl - from the slums of Katwe, Uganda; who eventually becomes a Woman Candidate Master at the World Chess Olympiads. Living in the slum of Katwe in Kampala, Uganda, is a constant struggle for 10-year-old Phiona (Madina Nalwanga) and her family. Her world changes one day when she meets Robert Katende (David Oyelowo), a missionary who teaches children how to play chess. Phiona becomes fascinated with the game and soon becomes a top player under Katende's guidance. Her success in local competitions and tournaments opens the door to a bright future and a golden chance to escape from a life of poverty.

Salaam Baalak Trust is especially proud to be part of this event - as this story resonates with that of many of our children.

Many of the friends of Salaam Baalak Trust being celebrities, as also other well known personalities, the Red Carpet Premiere-like feel to the Screening, would have a good mix of Society's A List joining in the celebration. Donors and Patrons would be happy to know that since operational costs are likely to be covered elsewhere; the entire proceeds raised from this charitable activity will be invested into Salaam Baalak Trust's various implementation programmes for the street children.

Donor Passes are available on request. It would be wonderful to have you and your colleagues join us for the Special Screening too. 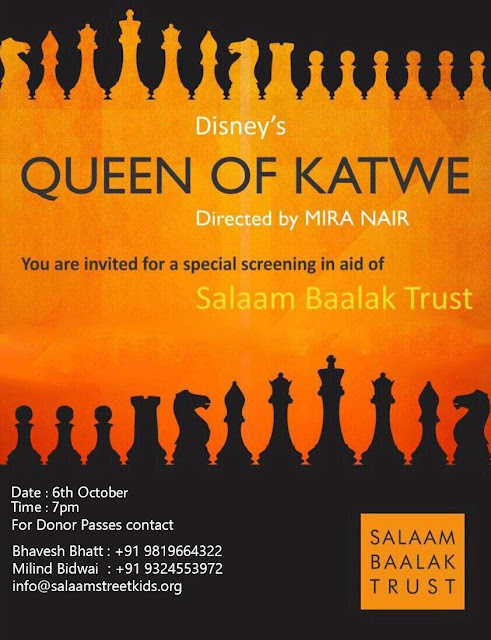 Security Lapse! Why? Because you read it somewhere or saw it on TV?

Have you ever seen the LoC? Do you know the terrain?

Do you have any idea what deprivation of weapon, ammo, financial resources for building fences, concrete defences, lighting, thermal imaging these remote, godforsaken Units face?

No, you will come here and spew your conditioned vomit without having a clue. Big salutes and talk but nary a bloody clue.

Did you question Narendra Modi, Arun Jaitley, and Manohar Parrikar on the Defence Budget or the MoD Babudom for Defence Procurement, Production Kleptocracy, no?

Our troops don't have a Rifle since 1982, nor body armour, night vision or air support,did you remove the Defence Secretary, no!

The IB sends out non actionable alerts 365 days an year, was the Home Minister fired? Whar about Director IB, Secretary Internal Security, no!

Did Manohar Parrikar who promised mitigation after Pathankot Attack not fail at preventing recurrence? Did he offer to resign? Or is there no accountability for politicians and bureaucrats!

Did the Army Chief ready with twitching tail everytime Neta, Babu beckon take personal responsibility for Pathankot and Uri? So why only make the Unit, Brigade and Division cogs the fallguys for national failure!

So then why this selective morality attack only for a beggared soldier dying for you, with whatever shit you give him, cheat him on pay, pension, litigate him to death, literally! 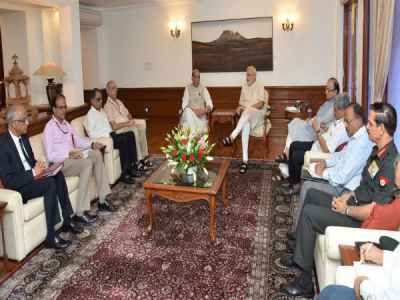