How about winning the Hearts & Minds of Soldiers?

Every time one of our boys is gunned down in the Valley or in the Northeast, there is an uproar on social media. Increasingly the anger is building up towards the political leadership and the senior leadership in the Army whose policy of 'appeasement' is costing lives, not just once or twice, but on a regular basis.

The latest among the fallen who we softly cry for are five soldiers and an officer, Major Dahiya, who have lost their lives in the last 48 hours. A video posted of army vehicles being stoned brings home the absolute ridiculousness of the situation... how on earth can the pelters get away with this? Terrorists need to be ripped apart, but those who harbour these bastards cannot be shown any mercy either.

Today we have a situation where the perpectuators of violence are being shielded by the leadership, while the defenders are canon fodder. This policy of 'appeasement', in place under the garb of 'winning hearts & minds of the people', is not acceptable.

The anger just under the surface is fast reaching boiling point. Junior officers and men, who see the Government day in and day out take steps to humilate soldiers while mouthing meaningless platitudes, is going to explode sooner or later. We the people, cannot accept this situation, and if individuals have to die, well, ruthlessly shoot down those who dare to abuse the state... instead of sacrificing those who are doing their bit to protect it.

What ever happened to the majesty of governance Mr Modi? You were voted in to govern this country and sort out these problems which the Congress had failed to tackle. Everytime one of our boys return home in plywood coffins, you and your chosen leadership failed to protect them. After all you were the one who made an Army and Corps Commander sit on a table and apologise for their men having fired at a vehicle that ran through a barrier.

For months, if not years, we have been paying the price. We do not want to see little girls saluting at the funeral pyres of their fathers, or see the light snuffed out of Satish Dahiya's son's life. If the political process needs the Army, then you have to let the Army do their job. Today, with our senseless handling of police and para military forces, we are forever calling on the Army, so much so that our senior military leadership now believes this is their primary role in the country.

Threatrical cross border raids and chest thumping is not governance... a pro active clear cut no compromise stand, be it vis a vis Pakistan, China or various political parties both at the state and national level, has to be implemented. It is imperative to insure that all other arms of the state are functioning, so that the Army is your last resort, and not your first.

Be it Kashmir, Nagaland or Manipur, the present day leadership is increasingly being seen as a reactive government who thinks political rhetoric is the answer.

These are serious problems which obviously cannot be dealt with on social media. However, it is obvious that there have been major slip ups. The Assam Rifles lost 12 men in Mon (Nagaland) in May 2015 and then 22 soldiers from the Dogras were killed in Chandel a month later. The highly publicised retaliatory strike against the NSCN (K) with questionable results was the chest thumping answer... and in the ensuing smoke and dust, we forgot to ask the critical question... what went wrong?

Even at the height of the Phizo and Laldenga insurgencies, the Assam Rifles and the Army never got this nadly hit. A year and a half later, I honestly wonder how many of the killers were brought to justice!

Pathankot, Uri... these are all becoming markers on a bloody timeline, markers which no one outside of the Army cares to remember after the mandatory tsch tsch and the shaking of the head. Successive commanders in the Valley today have to first think of the political implications first, and only then address the tactical aspect of each situation. Unless we have a clear cut You-kill-One We-kill-Twelve policy, the bastards will keep coming.

Unless you do as the Israelis do - anyone with a stone in his hand is a terrorist - we will keep losing men. Our politicians and bureaucrats may be what they are, but I think the time has come for us to demand from our senior leadership within the Army that they take a stance. If the political mess has to be sorted out, then it must be done by putting a huge price on the lives of our men... you cannot win wars by fighting with your hands tied behind your back. This simply has to stop... 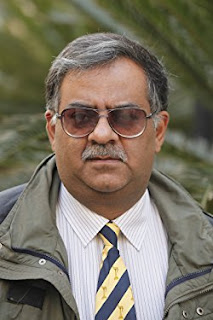 Shiv Kunal Verma was born into an army family (his father was a captain with 2 Rajput in 1962), filmmaker and military historian Shiv Kunal Verma has worked with all three arms of the Indian armed forces over the last two-and-a-half decades. From flying extensively with the IAF while making Salt of the Earth and Aakash Yodha to the filming of the Naval Dimension and the Kargil War, Verma has had a ringside view of matters military. His film on the National Defence Academy—The Standard Bearers—is considered a classic. He is the author of the highly acclaimed Northeast Trilogy (that documented the entire region and its peoples) and The Long Road to Siachen: The Question Why.