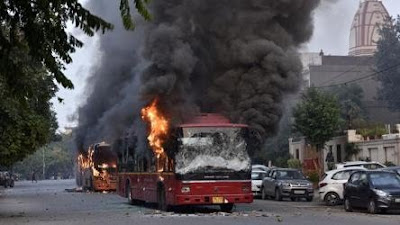 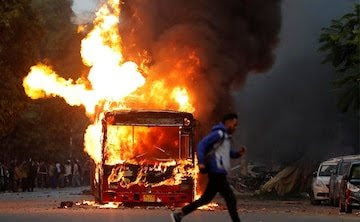 In a sense, the arson, destruction of public property and ensuing law enforcement action have highlighted the unfinished agenda of the religious partition of India and Pakistan.

As #India nee #Hindustan becomes #Bharat many who are enslaved by their Votebank and narrative are creating mayhem on the streets. Make no mistake, this is not a status quo #UnionGovernment. Many are finding out from Assam to Jamia about its iron fist in a velvet glove on #lawenforcement. It has massive support, numbers in both Houses of Parliament, and a sworn agenda for #reform #governance and #development.

#Dissent and #Opposition is great as is #FoE but #fakenews and #presstitutes are not. Those carrying water for political interests of #Congress and #Communist clones and combinations thereof are suddenly being called out. There are no free lunches in life!